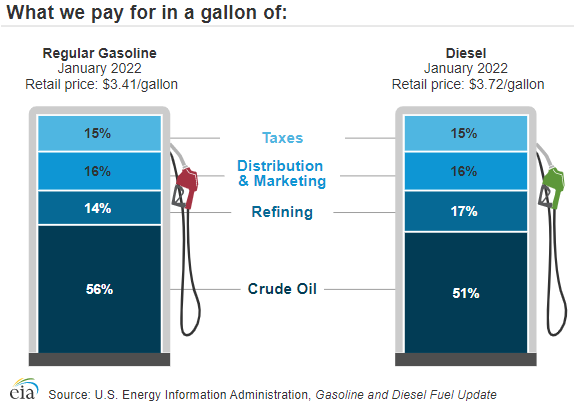 The spike in gas prices is something we are all aware of at this point. According to the US Energy Information Administration (EIA), as of March 14, diesel is currently $5.25 a gallon (chart above shows March 15), a week ago the average price was $4.85 a gallon, a month ago $3.88, and a year ago $2.91. We should be at the peak of pricing at the pump, which is also depicted in the chart above. How do we know this? The Ultra Low Surfer Diesel (ULSD) Rack price has been trending back down since March 10, as shown on the chart to the right. Costs at the pump will stay up near the current costs for the next couple of weeks to recoup the costs from when the barrels were purchased during the first half of March. When April arrives we can expect to see some relief in gas prices, but they will remain quite elevated for a significant amount of time due to the uncertainty overseas.

Prices will also continue to fluctuate greatly from state to state due to taxes. In California, the average price of gasoline rose to $6.26/gallon. Prices are particularly high in the state because of higher gasoline taxes and environmental standards that require additional steps in the refining process. On the same day, the cheapest gas can be found in Colorado at $4.65/gallon.

The increased oil prices are a direct result of the world’s oil producers not being able to quickly absorb the removal of Russia’s 10.5 million barrels of oil that they produce daily. Russia is one of the top three oil producers in the world. The US produces about 18.61 million barrels a day and has the ability to produce more oil but that will require additional investment and time to extract it.

In a WSJ article, Scott Sheffield, Chief Executive Officer of Pioneer Natural Resources Co., stated that if global markets lose Russian supplies for a longer period, U.S. shale drillers, along with oil-rich nations such as Saudi Arabia and Iran, might be the only ones capable of growing output enough to fill a sizable portion of the gap.

“We have shortages of labor, sand and equipment, and it’s going to take a good 18 months just to ramp it up,” Mr. Sheffield said of the industry. “If it’s a long-term problem, U.S. shale can respond and help the world, but it’s going to take time and a lot of caveats.” He went on to mention the turnaround time would be longer than other times in the past because investors are wary of overspending, the supply chain issues, thinning inventories and other problems that constrict growth.

Washington will give companies 45 days to wind down existing contracts for Russian energy supplies, a senior Biden administration official said. A wide majority of Americans, 79%, said they favored a ban on Russian oil imports, even if the prohibition increased energy prices in the U.S., according to data from a new Wall Street Journal poll, while 13% said they opposed it. Though the U.S. is the world’s biggest oil producer, it still imports millions of barrels each day from other parts of the world, 7.9% from Russia.

In the meantime this affects the supply chain because the average truck holds about 120-150 gallons of gas for travel (depending on the weight of the commodity on the truck). With a 35 percent increase in gas prices from one month ago (and over $2 more a gallon than a year ago), it is now about $787 to fill up. Trucks get about seven miles per gallon on average, which means that rates should climb some over the second half of the month before leveling off again. This adds on to the already volatile market we have been in since June 2020 due to the drastic shift in consumer spend because of the pandemic, which ended up doubling the amount of freight on the road compared to pre-pandemic times. The current rate trends for nationwide averages are charted below:

As always, MegaCorp is here to help. You can rely on us in any market and trust that we will deliver.

MegaCorp Logistics, founded by Denise and Ryan Legg in 2009, specializes in full truckload shipments (dry van, refrigerated, flatbed, etc), less-than-truckload, and intermodal shipments throughout the US, Canada, and Mexico. MegaCorp is committed to creating long-term, strategic partnerships with our clients who range from Fortune 100 companies to regional manufacturers and distributors. We serve all business sectors of the US economy including (but not limited to) food, retail, government, textiles, and metals/building materials. We strive to offer the best to our clients, transportation partners, and employees– It’s the Mega Way! You can trust that we will deliver.

MegaCorp Logistics Is A Top Workplace For 2020 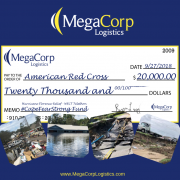 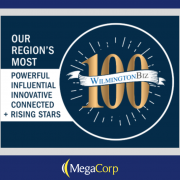 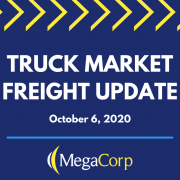 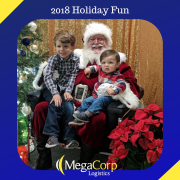 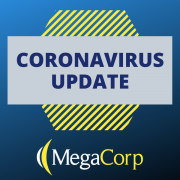 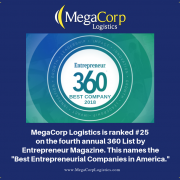