Another record week in terms of freight volume being tendered.

The United States now has 50.45% more tendered loads than this time last year. This is 20% higher than the March restock peak.

Last week it looked as though tender rejections had peaked, but unfortunately, that was not the case. At 24.35% of loads being turned down by carriers (outside of MegaCorp’s vetted carrier partners), it is making it hard for shippers to stay under budget with this unique time for supply and demand. To reiterate, almost one in four loads are turned down by carriers to take higher-paying loads.

However, 2019 and 2020 are not fair comparisons as times and lifestyles were completely different this time last year. The closest comparison is to compare tender rejections to 2018 due to the aforementioned events. Unfortunately, that doesn’t paint a much more of a pleasant picture with 29% more loads being rejected in 2020 than there was this same time in 2018.The current truck market has surpassed the volatile 2018 market for the same time two years ago when three catastrophic hurricanes hit back, to back, to back, and the ELD mandate was about to go live and be enforced. In 2018 17.22% of loads were tendered and rejected and in 2019 only 4.26% of loads were tendered and rejected, which leads to an increase of 471% increase in loads rejected year over year.

Why is there so much more freight on the road? 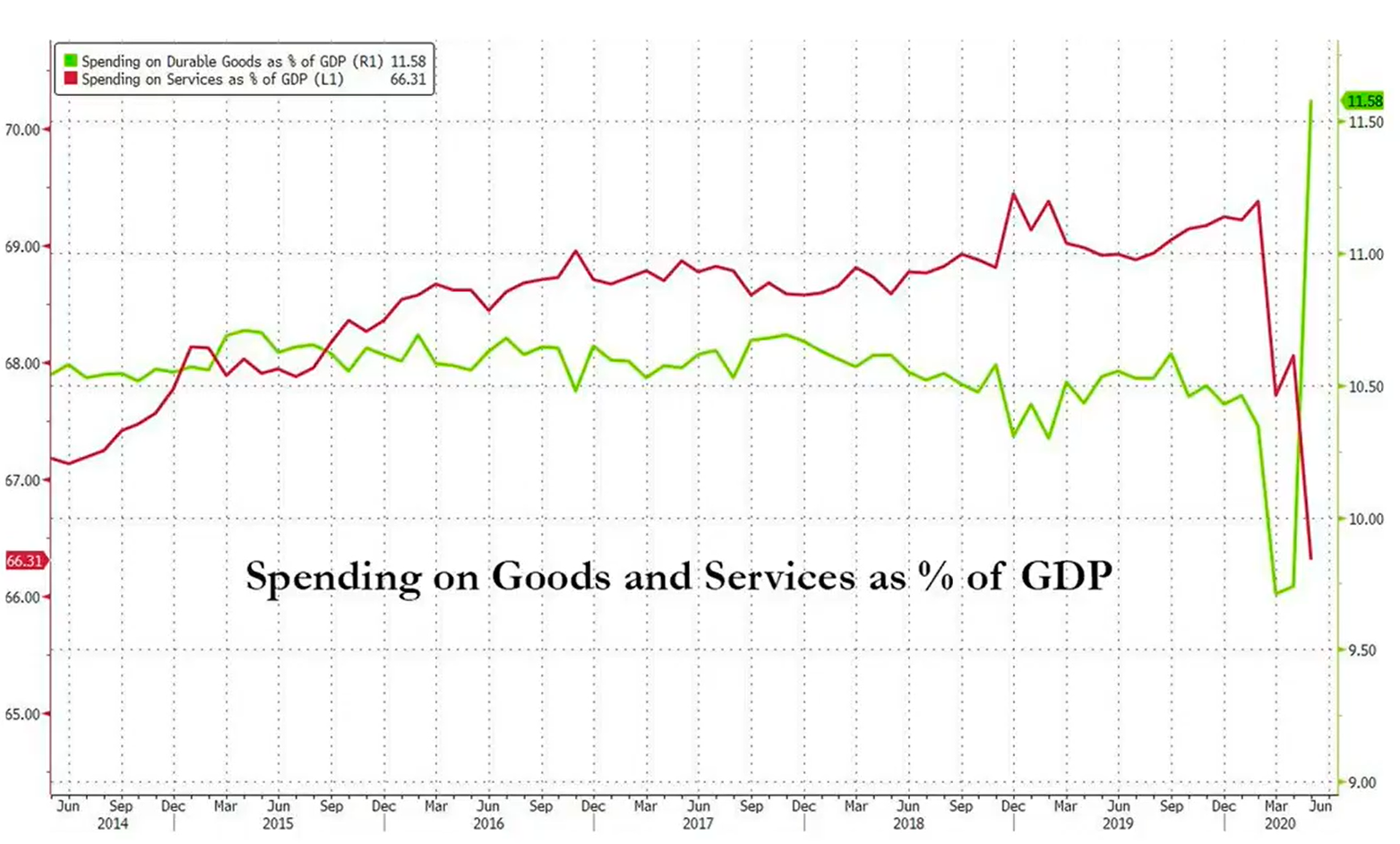 In a previous update, we mentioned how shippers have repositioned their facilities to accommodate new demand. This demand is also coming from a shift in overall consumer behavior. As a whole, consumers are spending their money on goods instead of services due to spending much more time at their residence and to social distance regulations.

The other reason for the upward trend of tendered loads is that drastic uptick in maritime shipments to the ports. The backlog of shipments that were halted from arriving from overseas are rapidly arriving. The LA port has never been this active with shipments, another record week.

The truckload shipments will continue to increase until the backlog of maritime shipments arrives. However, by the time that happens, the regular holiday freight increase will have begun so it appears that we will not see a steady decrease in freight volume until the first quarter of 2021. We are also closely watching the path of hurricane Laura. She’s headed to make landfall between Texas and Louisiana as a major hurricane late Wednesday night into Thursday morning. With little windshear between two high-pressure systems that are helping to steer the hurricane, coupled with time spent over the warm, open gulf waters this is going to be a catastrophic event. As of 10am on Wednesday, the maximum sustained winds were 125pmh, just 5mph shy of a Category 4.

Hurricanes need the water temperature to be over 80 degrees for “fuel” to remain intact. The water temperature in the Gulf is averaging 86 degrees right now. Shear (wind in different directions at different levels in the atmosphere) can tare the system apart, but unfortunately, the upper atmosphere levels are showing minimal shear.

This event will increase rates later this week and into next week and put an additional strain on capacity throughout the entire US.

Load to truck ratio based on the prior 7-day average: 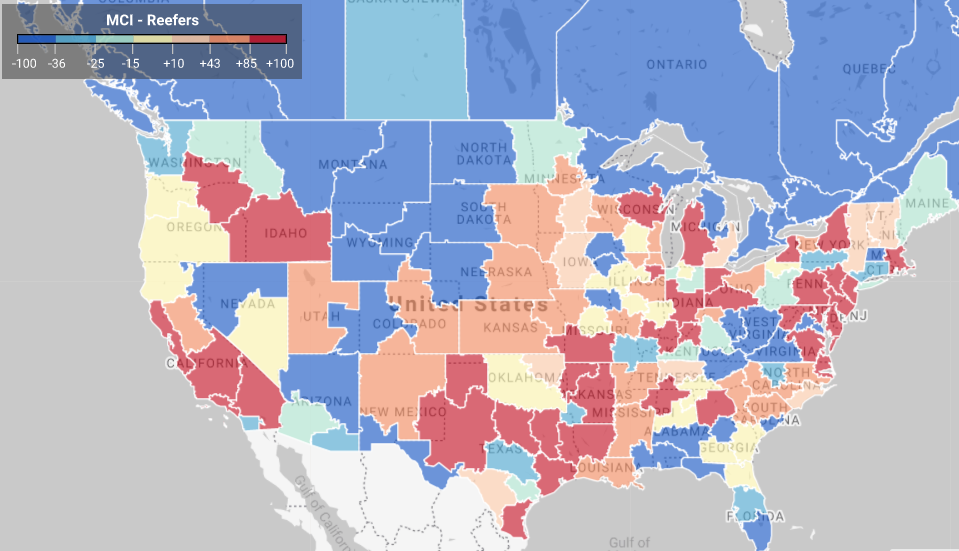 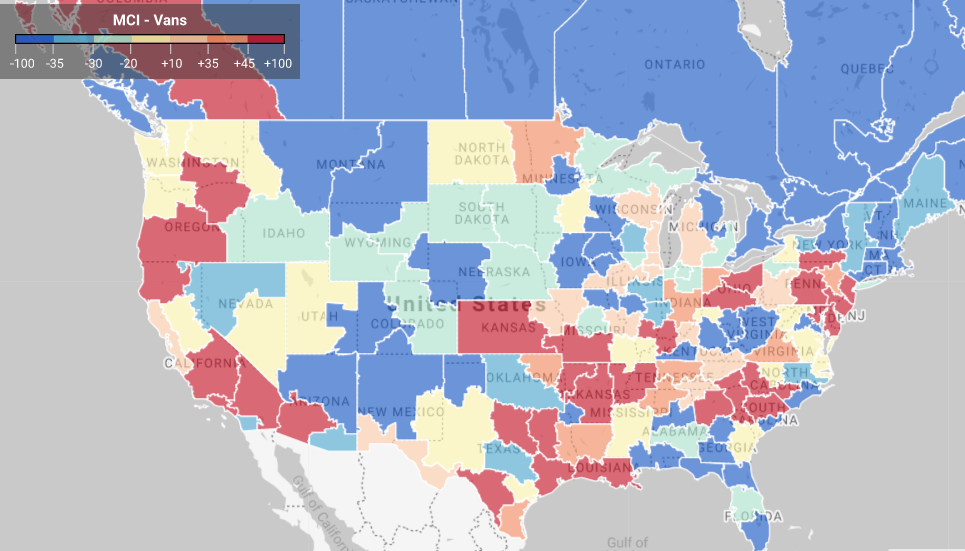 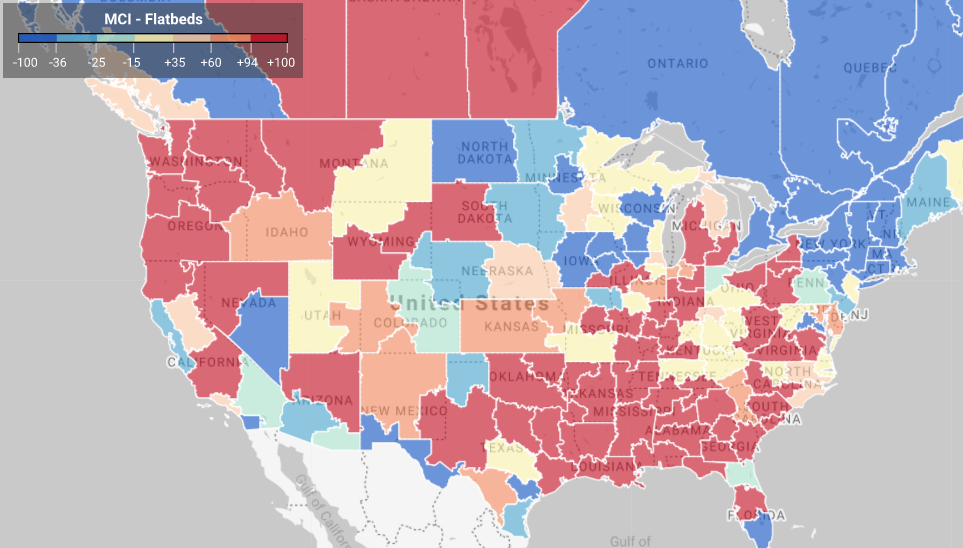 MegaCorp Logistics, founded by Denise and Ryan Legg in 2009, specializes in full truckload shipments (dry van, refrigerated, flatbed, intermodal, etc.) and less-than-truckload shipments throughout the US, Canada, and Mexico. MegaCorp is committed to creating long-term, strategic partnerships with our clients who range from Fortune 100 companies to regional manufacturers and distributors. We serve all business sectors of the US economy including (but not limited to) food, retail, government, textiles, and metals/building materials. We strive to offer the best to our clients, transportation partners, and employees– It’s the Mega Way! 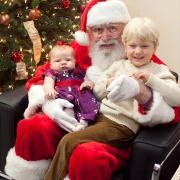 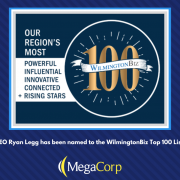 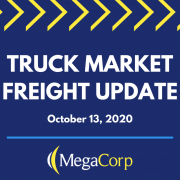 Holding Steady Before Another Increase 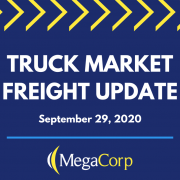 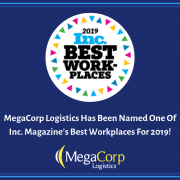 MegaCorp Is One Of Inc. Magazine’s Best Workplaces 2019 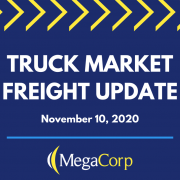 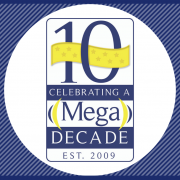 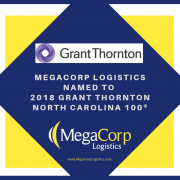